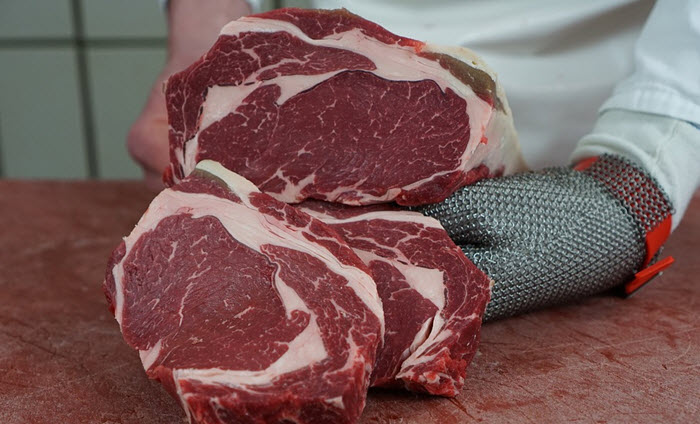 The Different Types Of Steak Cuts And Which is Best!

While most people have a favorite cut of steak (T-Bone, New York, Filet Mignon), the varying quality, size and fat content is not always fully understood. Use this guide to select the perfect cut for your next dinner, barbecue, sandwich or steak salad, and learn what makes a truly great steak. And if you’re wondering about the different USDA grades mean, click on the link.

The tenderness and rarity of this cut has resulted in its desirable reputation, as a large steer will often only provide less than 7-pounds of it. The tenderloin muscle is characterized by a reduced amount of connective tissue in comparison to other cuts, making it softer and easier to eat. Filet Mignon is often the most expensive cut of steak, and can cost up to $20 per pound.

Though it may go by several other names (strip steak, Kansas City Strip, Strip Loin, Shell Steak) the New York strip is a popular choice in many steak houses for its thickness and taste. The New York strip is taken from the short loin portion of a cow, located towards the back of the animal, just in front of the tenderloin, sirloin and bottom sirloin.

With moderate fat content contributing to its flavor, and a lower muscle density than most cuts, lending it a softer texture, the New York strip is also considered one of the most desirable cuts of steak. New York strips typically cost up to $14 per pound.

Unlike more tender cuts of beef, a Flank steak is used for less formal dishes, and is often heavily marinated and soaked with juices to reduce its toughness. Taken from the abdominal muscles of a cow, the flank is large, relatively cheap at about $8 per pound, and made tough by heavy muscle density. It should be cut across the grain to help reduce its toughness.

Both cut from the short loin portion of a cow, and including a T-shaped bone, the Porterhouse and T-Bone steak cuts offer slightly different tastes and textures based on their anatomical placement. The Porterhouse includes more of the soft, tenderloin region, making it a more desirable cut than the T-bone, which is taken from the rougher, frontal portion of the short loin.

There is some debate over what amount of tenderloin is required to consider a T-Bone a Porterhouse, and cuts may vary by butcher, restaurant, etc.

Taken from the area between the sixth and 12th ribs, rib eye steak contains several different muscles, and often contains a moderate to high fat content, giving it flavor and textured called “marbling”. It’s fatty makeup contributes to its juiciness during cooking, and is often used for grilling as it does not dry out as easily as other cuts. Rib eye typically costs about $14 per pound. The Sirloin steak can actually be divided into multiple categories, varying by quality. Top Sirloin is considered the best cut, and is taken from the rear of the cow, just above the Bottom Sirloin, and below the Tenderloin. The Bottom Sirloin is tougher and larger, and is often served when Top Sirloin is not specified. Sirloins typically cost around $5 to $8 per pound. This cut was not invented until 2002, after a study of meat tenderness and flavor concluded the Top Blade portion of a cow, taken from the front Chuck section, could be sliced, resulting in the separate Flat Iron cut.

Interestingly, the Flat Iron has become prized for its tenderness, versatility and ease of cooking, though it has remained dramatically cheaper than traditionally valued cuts. While it may be harder to find than other less expensive options, the Flat Iron’s quality and $6 per pound price tag make it worth the search.

Popularized on California’s central coast, the Tri-Tip cut is frequently used for barbecues, and can be left in one large portion or sliced. Taken from the Bottom Sirloin section of a cow, it is cut in a distinctive triangular shape, and typically very lean. Great for informal dinners, grilling and parties, the Tri-Tip typically costs about $7 per pound.

Taken from the rear of a cow, round cuts are traditionally lean, and do not include much fat. Without much marbling, Round cuts often require marinating or other liquid cooking methods like using meat injectors, and are not a good choice for grilling or roasting, as they quickly dry out due to the lack of fat. Round steak cuts typically cost about $6 per pound. 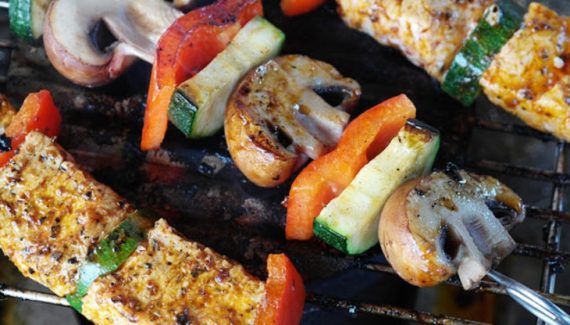 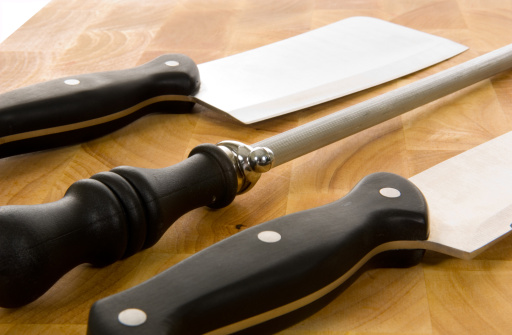