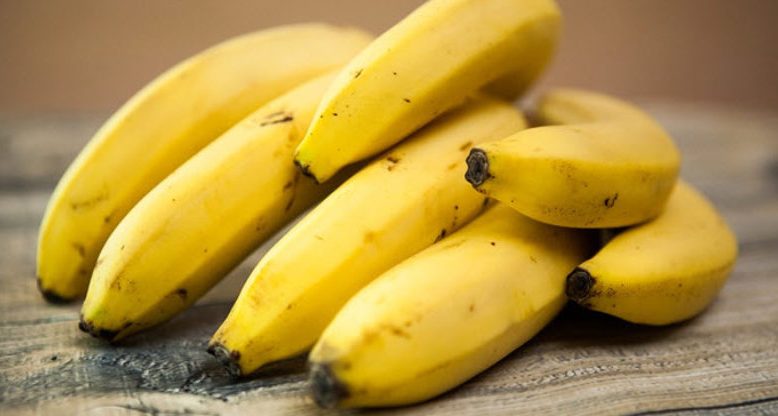 How Much Do You Know About Bananas?

Before I got a book about bananas, I know nothing more than what they taste and look like. I was amazed at how a simple fruit, which captures the heart of many, has its share of ups and downs for such a long time and has no sign of stopping. But the purpose of this article is not to drill too much on the political or financial issues evolved around this beloved fruit of mine and countless others, I would rather adjust my focus on the lighter side of things that you will find out in the rest of this article.

In the effort of increasing sales and to differentiate the bananas from other companies, United Fruit had come up with an idea of brand-naming their products. “Chiquita” was invented in the 1940’s. The following jingle performed by this lovely elderly lady on Youtube was introduced in 1944. This version of Chiquita banana song was sang in an exotic accent loaded with sultry salsa-influenced style.

Let’s Look At The Lyrics of Chiquita Banana Song

~It is right that “bananas taste the best and are best for you” when they are “ripen in a certain way”. But when? When they are “fleck’d with brown and have a golden hue”.

There is a maturation process for bananas. I’m sure you probably have witnessed that in your fruit bowl, pantry or kitchen. Bananas are picked when they are green. During the maturation process, sugars are produced and hence, the signature fragrant scents. The best time to eat them are when they have a “golden hue” “fleck’d with brown” but not brown all over the banana.

~So what will happen if I eat bananas not “fleck’d with brown and have a golden hue?”

Eating unripe bananas – when they appear green, may cause you to become constipated. Unripe bananas are more difficult to digest because they contain enzyme inhibitors. A lot of the green banana variants also have a binding effect in the bowels that contribute to constipation.

~ How to get that “golden hue” if the bananas I bought are not ripe yet?

Commercially, people will spread ethylene gas to fasten the ripening process. You, at home, don’t need such big operation. All you need is a paper bag. Store your bananas in the paper bag or better yet, put an overripe apple or tomato along in the bag, seal it and store in a dry cool place to encourage natural ripening.

My mom’s favorite trick to ripen a piece of fruit is to put it in her big tub of uncooked rice. In fact, it is quite common to do it that way in Asia.

~”So you should never put bananas in the refrigerator” – Really?

In fact, the newer version of Chiquita banana song has removed that bit of the misinformation. As historian Virginia Scott Jenkins pointed out – United Fruit, who ran dozens of cold-storage rooms across the United States, knew that bananas actually last longer when refrigerated. It’s their tactics for selling more bananas, period. (Banana – The Fate of the Fruit That Changed the World)

Though when you store ripe bananas in the fridge, they will turn brown. But the taste should not be adversely affected.

Not only can bananas be preserved in the fridge, we can actually prolong their lives even further by storing them in the freezer. Besides, nowadays, there are recipes actually called for frozen bananas that are incredibly yummy. Freeze peeled bananas can be put in the juicer to make dairy free ice-cream, for baking bread or making baby food later. I had tried a Japanese style banana tempura dessert with a freeze peeled banana inside and it was absolutely heaven-like.

How do you freeze ripe bananas?

You can do it in a few different ways:

Good Side Of Bananas

Bananas are high in soluble fiber which is good for moving things along the bowels and eliminating constipation issues.

A single banana usually provides you with 15% of the daily intake of fiber you require.

Bananas are rich in many nutrients – carbohydrates (mostly glucose and fructose), folic acid, B6, vitamin A, C, zinc, iron, phosphorus, potassium and the fiber, pectin.

Bananas are high energy food similar to natural chocolate. They contain easily digestible natural sugars in fresh and dried forms. Those sugars can be released in the blood stream quickly.

They contain an enzyme, which aids in the production of sex hormones.

Bananas can also stimulate the proliferation of cells to provide a protective coating in the stomach against harsh acids.

Don’t be scared by the heavy carbohydrates content and the amount of calories they produce. They are actually a great food for those who want to lose weight. Just gram by gram, it looks like bananas do provide more calories at the first glance. Consider 100 grams of apple which yields about 60 calories and 100 grams of watermelon for a mere 22 calories. How many calories in banana? 100 grams of banana can give you 100 calories and about 23.43 gram of carbohydrates.

Yet, we usually fooled by the satisfying power of bananas can give and mistakenly taking that as weight gaining. Think about how much watermelon you have to eat to reach the same level of satisfaction. In fact, the potassium in bananas plays an important role of weight control. It helps to balance water by counteracting the sodium in the body. (http://www.botanical-online.com/platanos1angles.htm).

Because of their properties of eliminating water and sodium, bananas can be beneficial in treating diseases such a hypertension, gout and rheumatic illnesses.

Bananas are rich in tannins which proved to be effective in solving the problem of diarrhea. Not only that, bananas can also provide necessary nutrients lost in diarrhea and vomiting.

Even the inside of banana peel is useful for treating warts, boils, burns, frostbite, migraines and rashes if used topically.

Mashed bananas can be used for facial in reducing wrinkles. Just mash until creamy and apply on face for 15 – 20 mins. Then rinse.

Who Can Eat Bananas and Who Cannot?

We have heard and read about the many benefits of eating bananas. The question is – are they suitable for everyone?

Bananas are a wonderful fruit for most people including babies, children, pregnant women, sportsmen, weight conscious people and more. Even dogs are safe to eat this supposedly human food.

I was reminded a few years back by my herbalist not to eat too many bananas. Once in a while is what my body can handle. My blood runs slow was what she said to me. Interestingly, I found out that there is, in fact, some sort of chemical reactions happen between the kinds of food you eat and your blood types. According to Dr. Michael Lam, who is a specialist in Nutritional and Anti-Aging Medicine, proposed that the lectins – which are proteins in our body, are responsible for those reactions.

Put it in simple terms, if you eat foods that are not beneficial to your blood type, those lectins will target at certain body organs or areas and make the blood cells clump together. Diseases can be developed as a result of that.

My blood type is AB. People with this blood group can tolerate a variety of fruits such as plums, grapes, cherries, grapefruit and cranberries but have problems handling tropical fruits such as bananas, coconut, mangoes and guava. Sad news it is, bananas are one of my top two favorite fruit. Luckily the other favorite of mine, pineapple, is a great digestive aid for blood type AB individuals.

Because banana is a “cold” food, therefore, those exceedingly cold, frail and lethargic, should consume bananas in moderation. A lot of Oriental people or people who know a thing or two about traditional Chinese medicine will be familiar with the concept “hot food” and “cold food”. They are not in terms of temperature per se. Instead, they are talking in terms of energy. An example of hot food will be beef while tea is considered to be a cold one. Body with overwhelming amount of cold energy may cause mucus, fatigue, abdominal pain or other irritability.

However, we can’t just say cold food is bad.The overall constitution of the person, the kinds of food the person eats, seasons, weather and other factors will need to be considered before one can decide what kind and how much hot, cold or neutral food to eat in order to maintain a balance. Because bananas are considered a cold food, if a person is generally regarded as having a cold constitution, eating bananas will upset the balance of the body even further.

Other Facts Related To Bananas

– 500BC : Hindu legend calls bananas “the fruit of the wise men”. India is the place in which the first written accounts of human cultivation of bananas are created.

– 327BC : Alexander the Great brought bananas from India with him upon returning from his conquests. It also marked the first appearance of bananas in the Western world.

– 650: Middle Eastern armies and traders brought bananas to Africa. Sadly, bananas were also involved as part of the slave trade.

– 1799 : Bananas were found by captain James Cook in Hawaii.

– 1870 : The first known commercial banana transaction in the United States was done by captain Lorenzo Dow Baker. He bought 160 bunches of Gros Michel bananas in Jamaica and sold them in Jersey City for $2 a bunch.

– 1899 : Scientific American – offered scholarly advice on the best techniques for how to peel a banana.

– 1900 : Panama disease was identified in Java. The variant of this disease has been disastrous to banana growers worldwide.

– 1904 : Banana split was invented in Pennsylvania and Columbus Ohio.

– 1924 : First supermarket coupon enclosed in the package with another product was introduced by United Fruit. The company encouraged cereal companies to include their discount vouchers inside the cereal box along with recipes for corn flakes with banana slices.

– 1939 : United Fruit began to offer free text books which filled with information on bananas to grade schools in the United States.

– 1955 : Fifteen million pieces of banana industry-produced literature were distributed to US school children.

– 1998 : The world’s largest banana-processing plant which could handle 50,000 bananas daily was opened in Costa Rica.

– 2001 : In Belgium, the Catholic University of Leuven has opened the first genetics research facility for bananas. 1200 samples of banana varieties were gathered for banana genome decoding.

– 2003 : After facing possible starvation of millions of refugees, the governments of Rwanda and Burundi accepted modified bananas for cultivation.

– 2006 : A national banana research laboratory was opened in Uganda. Their mission is to develop both conventional and bio-engineered hybrids.

Over 80 million metric tons of bananas are produced every year around the world to cater for our consumption. But all sort of diseases still pose threats to the survival of bananas. Some suggested that the future is already in nature by growing a diversity of crops and cultivars and using compost or manure as fertilizer.

While others are trying to breed different types of disease resistant varieties by cross-breeding. Biotech bananas with tailor made injection of genetic material into plant seems to be an inevitable option in the future. Whatever the future turns out to be, we as consumers do not seem to feel the urge to abandon our love of bananas any time soon. 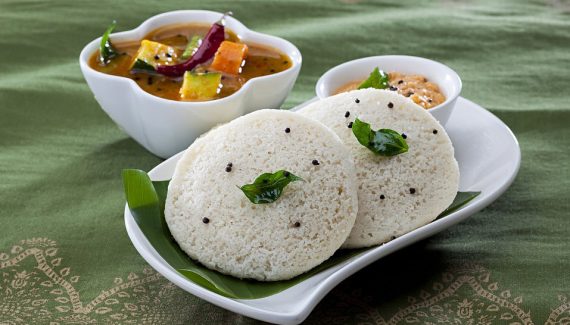 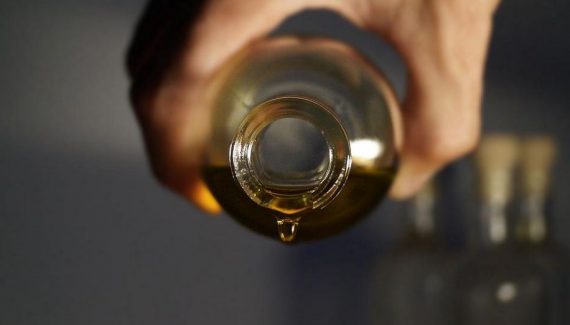